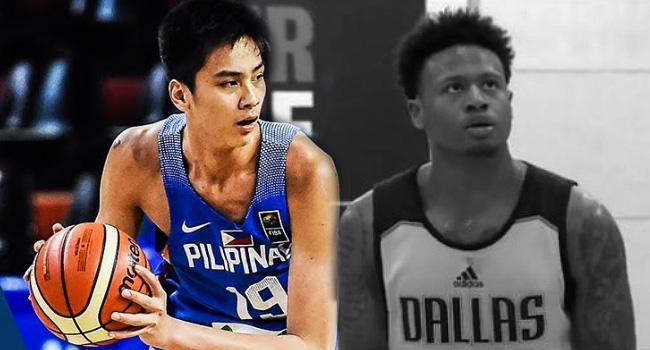 As per nba.com, Parks was drafted 25th overall in the second round of the 2015 NBA Development League Draft, becoming the highest drafted Filipino basketball player ever.

High school basketball prospect 7-foot-2 Kai Sotto on Monday announced he is leaving the country to pursue his NBA dream. Kai will undergo training in the U.S. for two-month training in Atlanta and will also be Sotto's preparation for the FIBA World U-19 tournament in Greece.

According to SPIN.ph, the US training will focus on strengthening as the 16-year old aims to bulk up before embarking for the rest of the trip. Sotto’s father Ervin Sotto said the rest of the itinerary, including a long-planned stint in Europe, has yet to be finalized.

All three failed to make it to the NBA. All three are now rooting for Kai Sotto to succeed 🇵🇭🙏 By @dolphtrythis https://t.co/Oq32odU6Uh via @SpinPh

"Even if I had a son, I would tell him go to the States. If that's his dream of making it to the NBA, that's what he has to do. People will give their own left arm for it,"

"He has the talent, he has the height, and I wish him all the best. I just wish he gets put in a position as early as now to be in that line of competition,"

"He needs to be mentally tough cause you're there alone. You start from scratch."

"Here, basketball is basically like being an artista, you're always in the limelight. But there, you're treated like you're nothing. Are you mentally tough enough to go through that? And it's not for everybody. It's the road that not everybody takes."

"I think he'll make it. I wish him all the best, I really want him to make it,"

""The door is open. We've broken barriers already. It's time to step up on that light. Hopefully, he gets to develop his skills there because the competition is tough." Parks Jr. told Randolph B. Leongson of SPIN.ph.