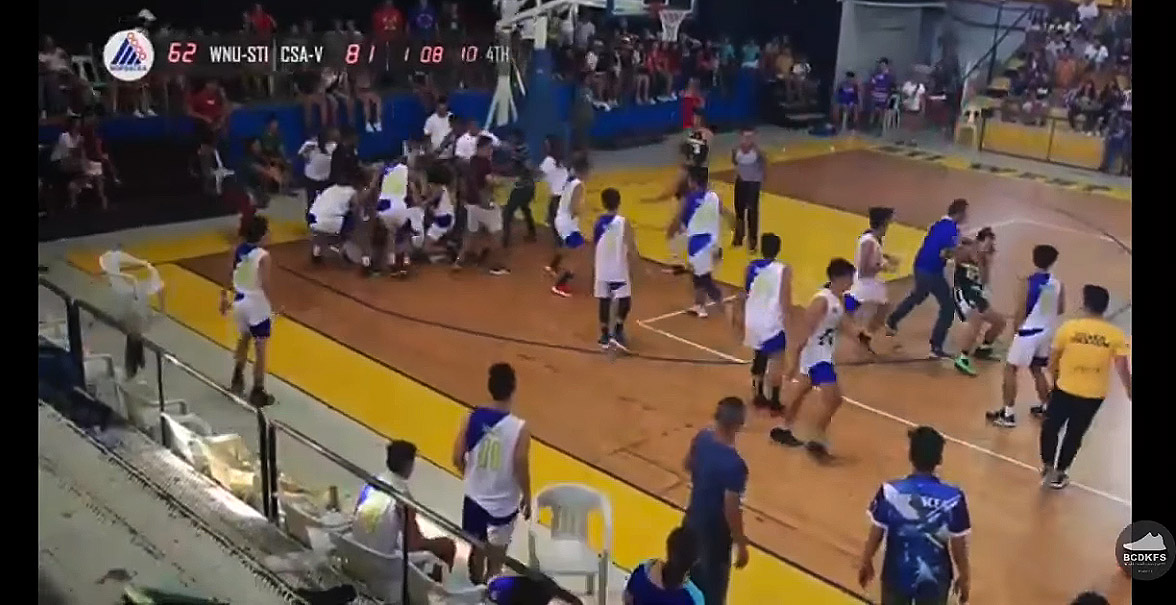 The game was called off with the visiting CSA-V leading the hosts STI-WNU 81-62 with 1:08 remaining in the fourth quarter. The incident began when the two players from STI-WNU and CSA-V got into an on-court altercation. The viral video also shows the STI-WNU head coach Jack Tumayan manhandling players from CSA-V.

As per The Visayan Daily Star, NOPSSCEA will conduct further investigation on the commotion involving players and coaches of Colegio de Sta. Ana – Victorias and STI-West Negros University during the Nov. 2 junior basketball semi-finals between the two teams at the STI-WNU Gym.

NOPSSCEA Committee on Sports chairman Dr. Carlitos Orola said they will make their decision as soon as all sides are heard and after the Nov. 7 meeting among all basketball coaches.

“We have to make sure that similar incidents will not happen during the college basketball competition that will start next week,” Orola said. He added that the video of STI-WNU coach Jack Tumayan manhandling a CSA-V player has gone viral and something needs to be done about it.