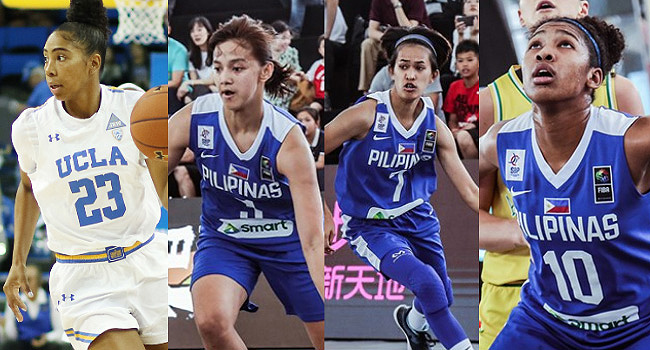 "The participation in the 2019 Jones Cup will definitely give the girls the experience and the competitive spirit in preparation for the 2019 Women's Asia Cup and the 2019 Southeast Asian Games." said Samahang Basketbol ng Pilipinas (SBP) President Al Panlilio. World #47 Gilas Pilipinas Women, rank #9 in Asia, will begin its campaign in the William Jones Cup against New Zealand on July 24, then against Japan on July 25, against Taipei-A on July 26, Korea on July 27 and the Taipei-B on July 28.

As per ESPN5, The Philippines will field a lineup bannered by national team mainstays Jack Danielle Animam, Janine Pontejos, and Afril Bernardino for the Jones Cup. The team is also reinforced by US-based players Kelli Hayes, Arnecia Hawkins, Elisha Bade, and Mei-Lyn Bautista.


While the Men's side are in Meralco Gym, Gilas Pilipinas Women's are here at Aero Center preparing for the #JonesCup2019#LabanPilipinas pic.twitter.com/o4tWNEeakJ

Coming off from a successful stint in the FIBA 3x3 Asia Cup, the #GilasPilipinas Women’s team shifts their focus to the Southeast Asian Games!#SBP #LabanPilipinas #ParaSaBayan https://t.co/MuR5hwCtfT