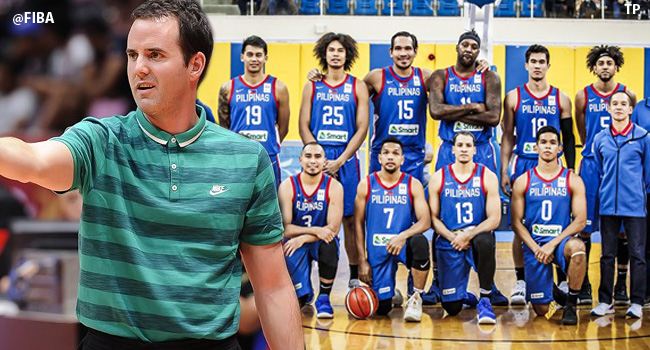 Will Voigt is a former head coach of the Bakersfield Jam of the NBA Development League. Voigt led the Jam to three playoff appearances, before leaving the team in 2014. Heading back abroad, Voigt spent one season as an assistant coach for the Shanxi Brave Dragons of the Chinese Basketball Association. Voigt was then selected to lead the Nigerian national team at AfroBasket 2015, with Nigeria winning its first title, and automatic qualification to the 2016 Summer Olympics. In November 2017, Voigt signed a three-year deal with the Angolan Basketball Federation as head coach of the Angola men's national basketball team. [via]

The 11-time African champions Angola had 9 wins and 3 losses and finished only second to Tunisia in Group E in the 2019 FIBA World Cup African Qualifiers.

Drawn in Group D, world #39 Angola starts its FIBA World Cup 2019 campaign against #4 Serbia on August 31, then #13 Italy on September 2 and will play #31 Philippines on September 4 in the group stage. The top two teams from each group will qualify for the 2nd Round.

"With the exception of Andray (Blatche), all your guys are playing locally so it's easy for you to get your national team together,"

"I'm only saying this from afar but it seems like your federation really supports the national team. We have a similar situation, a strong domestic league and a lot of our national players are there, but the situation we run into is the financial support from our government,"

"The European teams are gonna have to wait for their guys to go back from their pro teams. At best, they're starting in July. For us, for financial reasons, we're probably looking at the same thing. It's unlikely we would have done anything as team prior to that," Voigt told Charles Tiu of CNN Philippines Sports Desk.