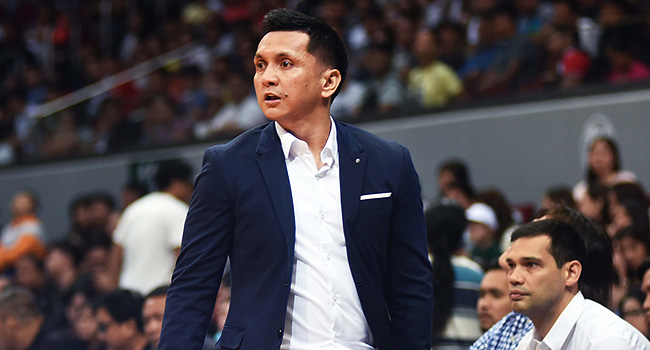 According to an article by Carlo Pamintuan of ESPN5, Jimmy Alapag is set to join the Sacramento Kings as an assistant for the 2019 Summer League in Las Vegas, Nevada. The San Miguel Alab Pilipinas head coach in the ASEAN Basketball League (ABL) and the San Miguel Beermen assistant coach in the Philippine Basketball Association (PBA) is eager to learn from some the best basketball minds in the world when he joins the Kings.

Serbian Vlade Divac, one of the first European players to have a major impact in the NBA and currently the General Manager of the Sacramento Kings and the Chairman of the FIBA Players' Commission, invited Jimmy Alapag to join their Summer League staff in Vegas this year.

"I stayed in touch with Vlade Divac who is the Chairman of the FIBA Players' Commission, where I've been a member of for the past four years,"

"After our campaign ended in the ABL, I got to talk to him again. I told him I needed to learn more about coaching because I've only been a head coach for two years and he brought up the idea that I should come in and learn from the Sacramento Kings where he is also the general manager."

"I cherish the opportunity to continue my education in coaching,"

"I've been blessed to have worked with a lot of great coaches in the PBA and with Gilas Pilipinas and I'm excited to learn more from the coaches in the NBA." - Alapag told Carlo Pamintuan of ESPN5

Alapag is set to leave on June 26 to join the Kings' training camp in Sacramento before heading to Las Vegas.

The 15th NBA Summer League will be played from July 5 to 15, 2019, across two venues, the Thomas & Mack Center and Cox Pavilion on the campus of the University of Nevada, Las Vegas.

As per nba.com, The 2019 NBA Summer League will be an 11-day, 83-game competition that opens with all 32 teams playing four preliminary games each. The top eight teams are then seeded in a tournament, which culminates with a Championship Game on July 15. Teams that do not qualify for the tournament will each play a consolation game. Every team will play at least five games and as many as seven. Both Chinese and Croatian National Teams will join all 30 NBA teams to compete at NBA Summer League 2019, marking the first time that the league will feature two international teams.

As a Coach, I'm always looking to continue to grow and learn. So thankful to Vlade Divac and the Sacramento Kings organization for the opportunity to join their Summer League staff in Vegas this year. Looking… https://t.co/Cn59x7OTJl

Title : Jimmy Alapag to join Sacramento Kings as assistant for NBA Summer League 2019
Description : Photo credit: ABL | aseanbasketballleague.com According to an article by Carlo Pamintuan of ESPN5 , Jimmy Alapag is set to join the Sac...
Rating : 5