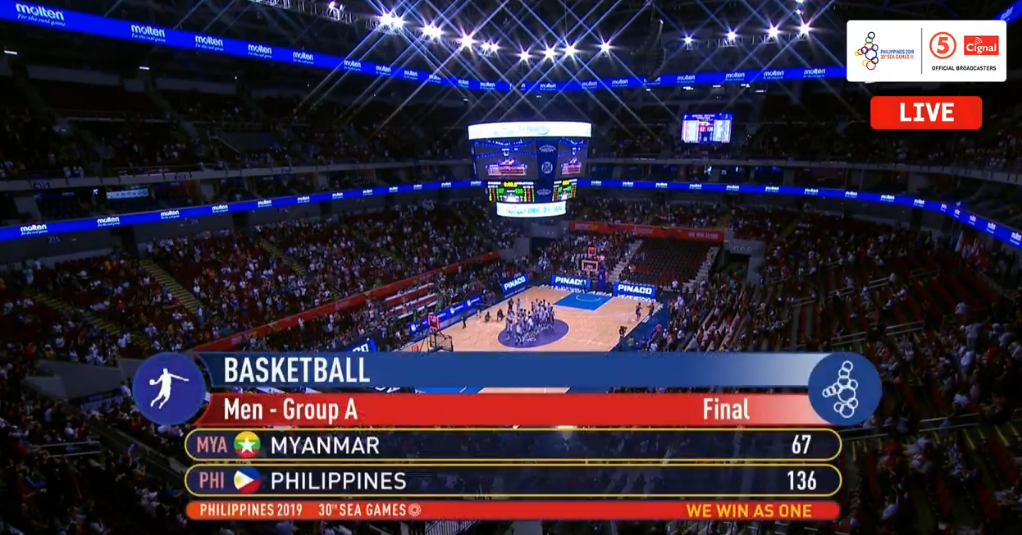 Philippine men's national basketball team, Gilas Pilipinas demolished Myanmar in the last day of the men's basketball 5x5 preliminary round in the 2019 Southeast Asian Games on Saturday, December 7 at the Mall of Asia Arena.

Matthew Wright led Gilas with 29 points on 8-of-16 from behind the arc, grabbed 6 rebounds, one block and a steal in 24 minutes of play. Vic Manuel finished the game with a double-double of 24 points (11/16 FG), 11 boards and five assists.

Gilas will resume its campaign on Monday, December 9 at 8:15pm against Indonesia in the semifinal round at the Mall of Asia Arena while Thailand will face Vietnam in the other semifinal duel at 3:45pm.